Save. Live. Be Minimal.

No Widgets found in the Sidebar Alt!

No Widgets found in the Sidebar Alt!

In the late months of 2018, D and I thought about getting rid of our TV. That sounds crazy, right? Let’s toss the TV out the ol’ window shall we? Alas, it wasn’t that dramatic. It was a moment when we realized we would rather be outside than watching a screen for 24-75 minutes at a time. This is coming from a couple where Netflix was life during my first few months postpartum and during my I’m-too-nauseous-to-do-anything-because-I’m-really-pregnant days. Binge watching everything we could from Series of Unfortunate Events, to The Great British Baking Show, to Lost in Space (one of my favorites). We consumed TV for hours at a time.

With Little Guy, my blog, seeing family, and traveling we really don’t have time to binge watch TV anymore let alone watch more than an hour at a time. Not having cable has allowed us 1) freedom in our budget and 2) freedom in our schedule. We don’t have a show that we just have to watch so we aren’t scheduling our lives around it. Crazy right?

Let’s go over why not having cable is way awesome.

I’m talking like a dump truck full of cash you can save over your lifetime if you ditch cable. With that truck load of cash, you could do so much with it if you saved that dough over time. Saving money by not having cable was the number one reason why we cut it in the first place when we slashed our budget.

If you cut cable in January and stocked that cash away in a savings account until Christmas, you would have close to ONE THOUSAND DOLLARS. Holy cash cow Batman. That’s money to fly home to see family, go on vacation, or spoil your family with gifts and experiences they love for the holidays.

Then, if you mean serious business, after a few years of saving $700-$1000 a year instead of purchasing a cable contract you would have a nice little lump sum. You could then take that money and transfer it to a low-fee investment account at Vanguard or Fidelity and have a higher rate of return (depending on the market of course). Keep it in the fund long term and you’re golden. Talk about an awesome way to save money.

Looking for more ways to pocket a little more cash every month?
20 Life Hacks for the Frugal Person
How We Began to Slash Our Budget
18 Things We Won’t Buy in 2019

In my postpartum haze, TV watching was about all I could do. If I would have had cable, I believe that it would have been worse. Why? Because I didn’t have to choose what show played next. The network could do it all for me. Guy’s Grocery Games at 4am? Sure!

Other than the obvious “have it on all the time” aspect of cable, it can be a giant suck on your schedule. If you love to watch Worst Cooks in America live when it airs, you would be out of commission for at least two hours: 30 minutes prior to the show getting home, eating dinner, etc; 1 hour for the show itself; 30 minutes after the show speed cleaning up your kitchen from dinner, getting kids to bed, getting yourself to bed, etc.

Having that block of time you just have to be home watching TV can really affect the rest of your day and your stress levels. Yes, you could DVR it but that is another service to pay for and another container of things you have to keep up with (and eventually clean out).

With a streaming service (or no cable at all) you can watch anything you want at whatever time you want. Pausing, fast forwarding, and turning it off altogether without losing your spot to pick up later is all possible at a lower cost than the cable company can offer.

The flexibility you now have allows you to get outside and be with the people that you love.

What are the reasons YOU would ditch cable?

How I Coupon as a Minimalist

Preparing for Baby: How We Put Together Our Nursery for Less than $500

Things We Quit Buying to Save Money

Thanks for visiting my blog! I’m Amanda and I’m passionate about being frugal and creating the best life for our family. Follow me on our journey of saving money and exploring our life as a family of three. 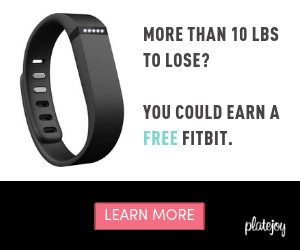