Save. Live. Be Minimal. 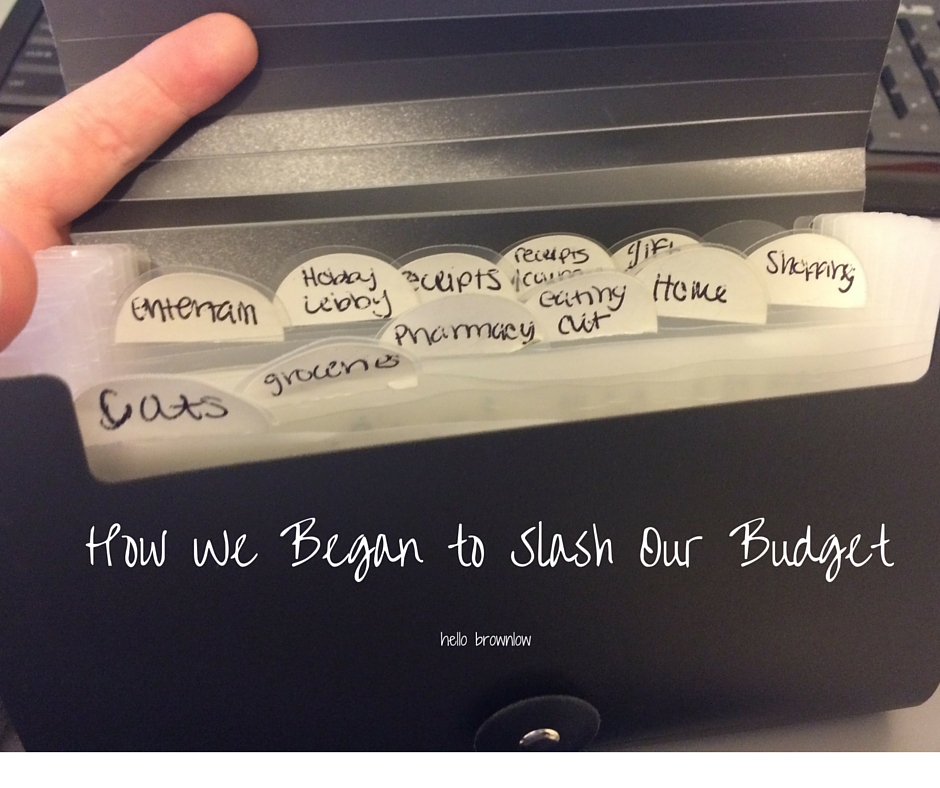 I am very lucky to have married a frugal man that knows how to save money. We met in 2010 when we were just 19 years old and no clue on how to budget! We went through college together and he got to see all my bad spending habits!! Which, I am very glad that he did because I had a BIG spending problem that I tried to hide.

I was fortunate enough that my parents were able to help me financially through college. I know that isn’t the case for most. I was very blessed. And I still am! Without the help of my parents, I would have worked a lot more than I did and would not have been able to graduate early. My husband on the other hand, had to work his way through college and it made him appreciate the value of savings more than I did.

When we got married the semester before we graduated, I had no idea what it meant to save money! My average checking account balance was below $100 and I ran that sucker all the way down to zero every two weeks (but I never overdrew my account!). You would think since my parents were money savvy, mostly due to my banker mother, I would know my way around a ledger too but I didn’t pay attention when they went over that life lesson. I learned most everything about budgeting with my husband. It was a HUGE learning curve.

When we moved away from the college world into a bigger city, we dabbled in Dave Ramsey books at the recommendation of my uncle. We don’t follow the Dave Ramsey plan at all but we did take away some great lessons and we found out a lot on our own. Here are some of the ways that we cut our bad spending habits and saved almost $1000 every month.

This thrill of looking at how much money we were able to save made all of this worth it.

We cut out cable. We were very spoiled until we moved to the city because cable was included in our rent. We had cable for a while but soon ended our contract because it was wayyyyy too outrageous to pay an extra $100 every month just so I could watch HGTV and Food Network. We switched to rabbit ears and Netflix. We got the basic local channels and all-we-could-binge-watch TV for $8 a month. Living in Tornado Alley, the rabbit ears were a must (even if they are super ugly). When we made that cut, we really had to ask ourselves, “Do we really watch that much TV??”. The answer was no and it was gone.

We switched cell phone providers (before it was cool). Yes, back in early 2013 we switched to a cheaper plan. This is before all the “We will give you $300 to switch!!!!!” started. Now, every other commercial on our local channels is from a cell phone provider. We were both still on our parents’ cell phone plans and what we were paying them separately each month was more expensive than getting a joint plan together. We pay about $100 a month right now for a really great plan. This meant about $50 in savings every month.

We purchased a more efficient car. You might be thinking, “You bought a car to save money? I’m outta here.”. But wait! I traded in my gas guzzling VW and bought a very fuel efficient Nissan. I commuted (and still do) about 15 miles each way to work. While we now had a car payment, I was only filling up my tank with gas two to three times a month rather than 6. When gas was $3 a gallon, those savings added up and they still do. My gas savings equal about $20-30 a month. I’m not saying you should go out and buy a new car just because it gets you 5 miles more per gallon, but yeah, if you drive a car that only gets 15 miles to the gallon… I would at least do some research on getting something more efficient. BONUS: we paid off the car in three years.

We learned that cash is king. I love using cash. Before, whenever I had cash, it would burn a hole straight through my wallet and into the till at the mall. But now, it’s a more effective way for us to budget. I can physically see the money that we have left to spend for the month rather than looking at a number on my bank’s app. Cash is tangible and it’s harder for me to let go of than running my magic swipey card through the register. We use a version of the Dave Ramsey Envelope System that works best for us. It’s a simple $1 accordion envelope thing from Wal-Mart that has tabs that you can write on. Maybe the best dollar I’ve spent. We went from spending $1600 on controllable expenses (groceries, shopping, eating out, etc – NOT bills) to just less than $1000. It was amazing once we realized how much we were spending.

We called our providers. This is my husband’s doing and not my own. He calls ALL of our service providers (electric, cell phone, internet, etc) to see if he can get our bill lowered. He points out how much of a loyal customer we have been and that we have never made a late payment. We have switched to paperless statements before to get a discount. It’s very easy to do and only takes a little bit of your time. Year to year, we save about $50 a month doing this.

We budget down to the last penny. The process is hard at first, but when you get the hang of looking at your entire paycheck down to the very last cent, you get to see exactly where all your money goes. We were shocked to see how much of our money was going to things we didn’t need! It’s hard to put a number on how much money we have saved by doing this but it has definitely put spending in perspective.

I started couponing. I had never used a coupon in my life before I watched the Extreme Couponing show. NEVER EVER. Once I started getting some things for free, I was hooked. It takes a lot of my time every week, it’s almost like a part time job. But the savings were tremendous! Our grocery bill went from $400 monthly to $200 monthly. I started to shop less and less for things that I didn’t really need like that new eye shadow pallet or a new pair of shoes that I won’t even wear. I was putting energy and time into shopping for my husband and myself that I didn’t even think about getting those unnecessary things. Couponing takes a lot of practice to get it right, but the savings are worth it. We now have a stockpile (but not an outrageous one that has 90 bags of croutons) that we can grab whatever we need from instead of running to the store for toothpaste and paying full price for it.

I hope that some of these tips are helpful and get you to start thinking about the ways that you can slash your own budget! 🙂

What’s a Budget Date? Why You Need Them as a Couple

How to Get Your Budget Back on Track

Thanks for visiting my blog! I’m Amanda and I’m passionate about being frugal and creating the best life for our family. Follow me on our journey of saving money and exploring our life as a family of three.